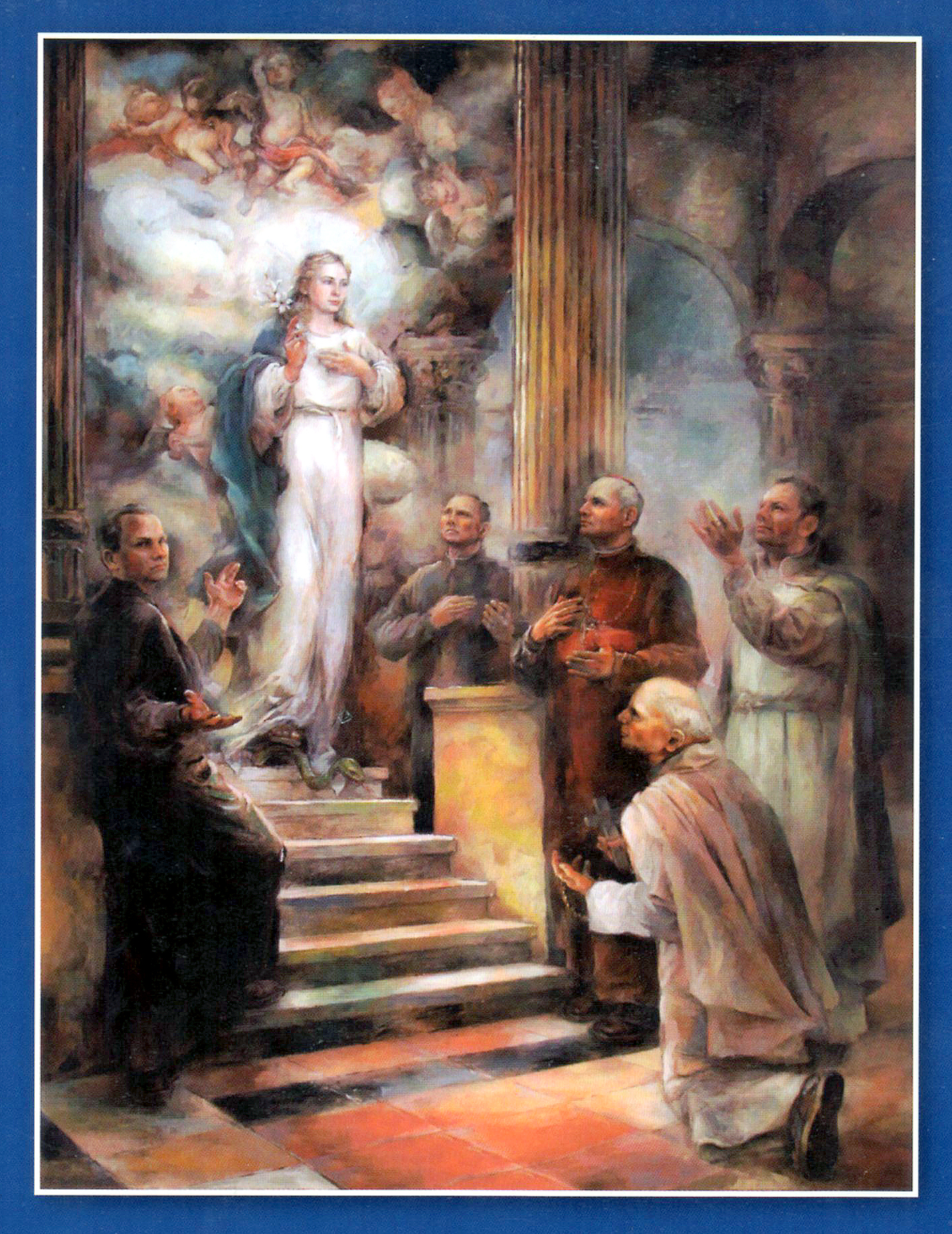 In 1670, having spent 16 years in the Order of Piarists, Saint Stanislaus of Jesus and Mary Papczyński departed from that community with the intention of establishing a new religious institute, the Congregation of Marian Fathers. He had already prepared in writing the formula of his religious vows in the new Congregation and having also received the papal indult to leave the Piarists, he made his new vows on the same day as his departure from the order. We call his consecration the Oblatio, or the Offering of oneself. This event took place on December 11, 1670, at the Piarist Father’s religious house in Krakow, Poland.

The Oblatio contains almost everything that pertains to the new Congregation: its name, its main purpose, the three vows of chastity, poverty and obedience, the profession of faith and love of God and Mary Immaculate. The Piarist Provincial Vicar, Fr. Michal Kraus, who was present at that ceremony, among other people, finalized the event in the words: “May the Lord strengthen what He has begun in you”

Out of gratitude to God for His providence and mercy, on the special occasion of this Jubilee Year the sons of St. Stanislaus, in place of the customary formula of their renewal of vows on December 8, will recite the same act of Oblatio made 350 years ago by their holy Father Founder Saint Stanislaus. Inspired by the example of their holy Father, they will entrust themselves in Joyful thanksgiving to their Immaculate Mother, while commending the future of the Congregation of Marian Fathers to Divine Providence.