Five Marian Martyrs on the way to beatification 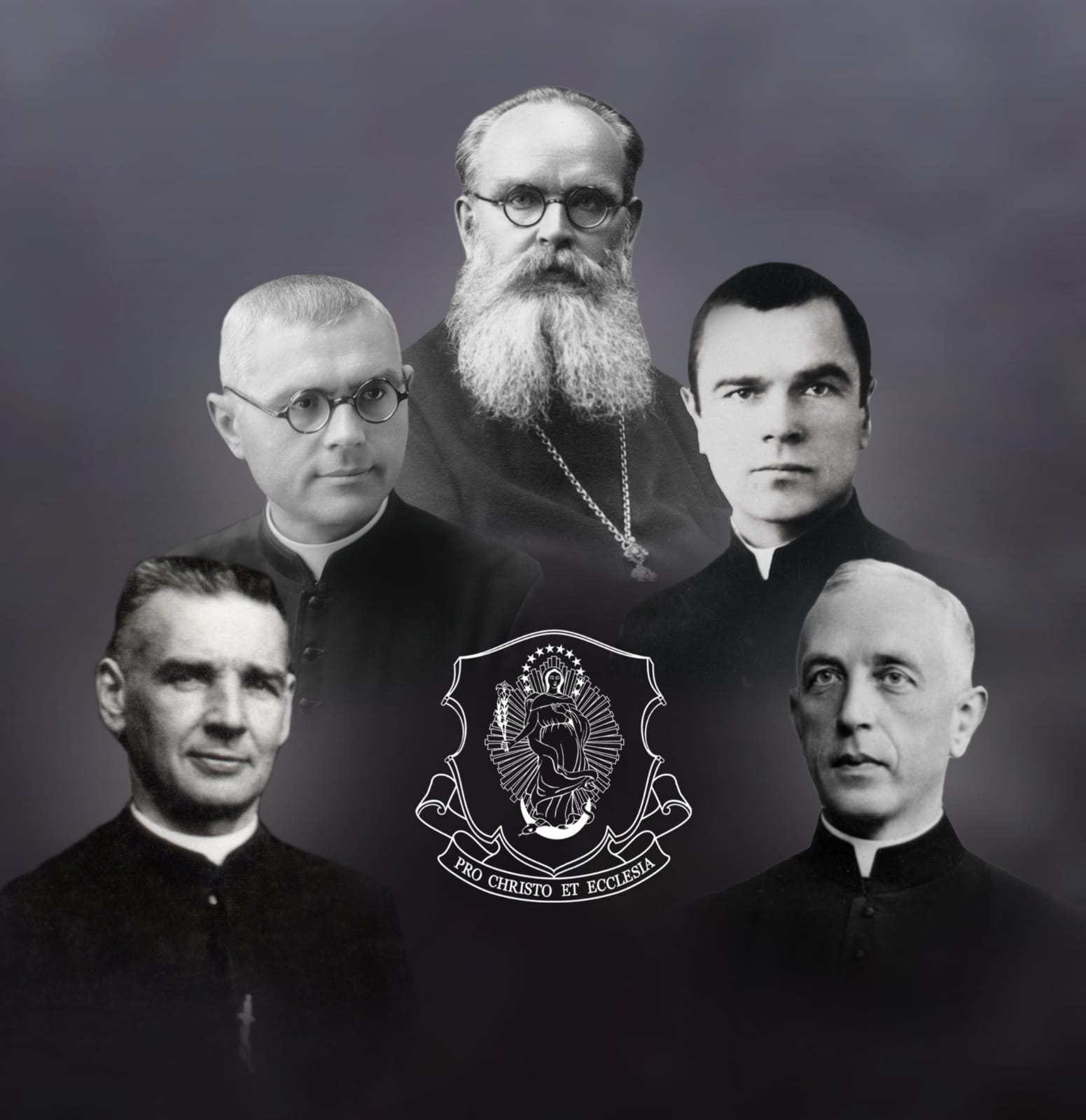 We would like to share with you especially important and joyful news given us by Fr. Superior General Very Rev. Fr Andrzej Pakula, MIC. In his message for the Easter 2021 he wrote: “In spite of the tremendous difficulties caused by the pandemic, the Jubilee celebrations of the 350th Anniversary of our Congregation bring the blessed fruits of God’s benevolence to us. One such fruit is the reception of the consent from several Church institutions and the commencement of the beatification process of the Servant of God Fabian and four companions, priests of the Congregation of Marian Fathers”.

The Five Marian Servants of God who gave witness of fidelity to Christ and the Church until to death during the war and communist persecution are:

Let us pray for their beatification:

“Almighty and merciful God, You granted Your servant Fabian and four companions – our confreres – Andrzej, Eugeniusz, Janis and Vladas, the grace of martyrdom and called them to be witnesses of Your Son’s Passion and Resurrection. May they be raised, we pray, to the glory of the altars, while we, living out the charism of our Congregation, may faithfully devote our lives until the end in the service of the Church, for the salvation of the world. We ask this through Christ our Lord. Amen.”