2018 – The Year of the Clergy and the Religious

THE Catholic Bishops’ Conference of the Philippines (CBCP) declared the Year of the Clergy and the Religious from December 03, 2017 to November 25, 2018. This is to prepare the faithful for the March 16, 2021 – the 5th centenary or 500 years of the coming of Christianity in the Philippines. We are now on the 6th year of the nine-year journey (Novena) to 2021.

The first Mass in the Philippines was celebrated in Limasawa  on Easter Sunday, March 31, 1521. It was also then when Rajah Humabon and his wife Hara Amihan were baptized and given the Christian name Carlos and Juana, respectively. History stated that Ferdinand Magellan gifted these two first Catholics in the country with the image of Santo Niño de Cebu. The year 2021 will be “a year of great jubilee for the Church in the Philippines.” 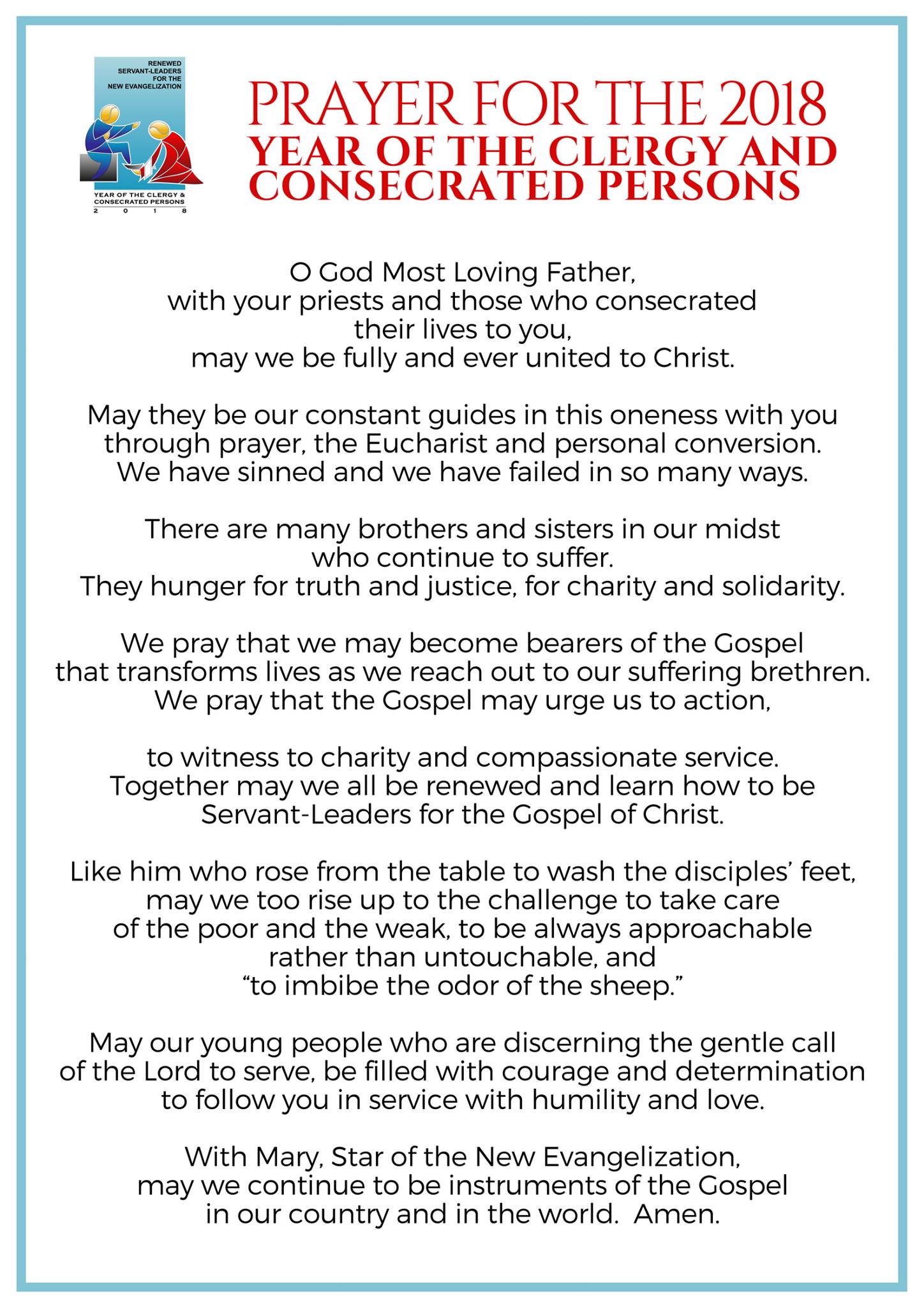